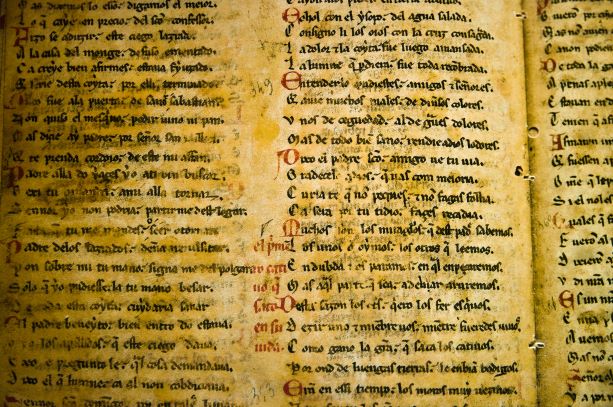 Natural Language Processing requires sequential data processing and data at any particular time may/may not be related to data sent at earlier time interval. This makes NLP bit complex compare to computer vision problem as network needs to remember relevant data from earlier Input. Question here is that, How we define what is relevant for network to memorize and does this memory requires to evolve as we get more input?
We have RNN, LSTM, GRU and then Attention Model to support NLP in better way.

Limitation of RNN and why so?

The key to LSTMs is the cell state or memory and following are the other key components of the network. The LSTM cell is mainly composed of 3 gates which are forget, input and output gates as well as the cell state.

Maintains a vector C(t) that is the same dimensionality as the hidden state, h(t). Information can be added or deleted from this state vector via the forget and input gates.

Cell state is updated by using component-wise vector multiply to “forget” and vector addition to “input” new information. The cell state is known as the memory of the LSTM, it is updated by the forget gate and the input gate. 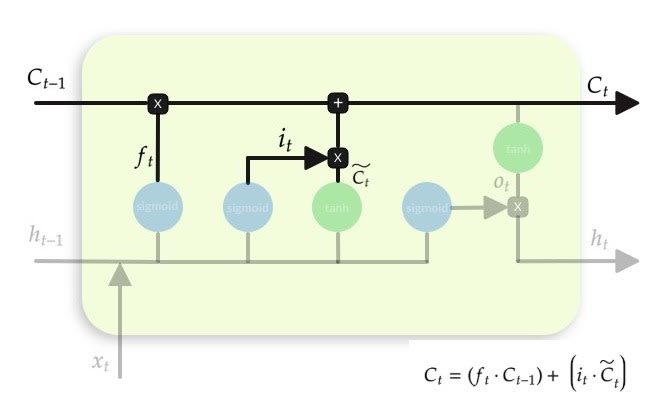 a neural network with sigmoid)

Multiplicatively combined with cell state, “forgetting” information where the gate outputs something close to 0. 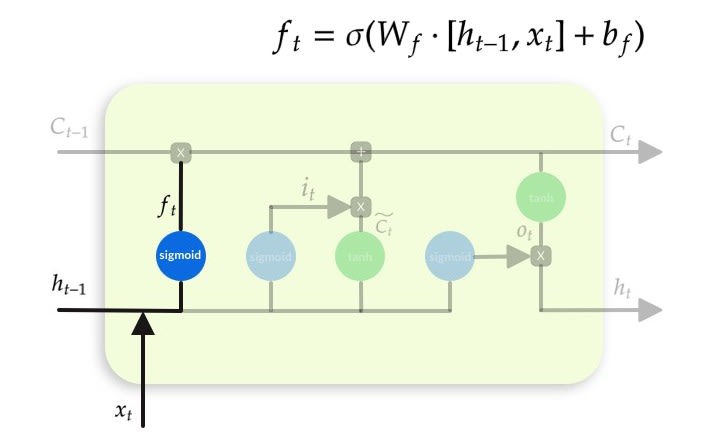 We want to add based on the new-input. For this, we will use 1 DNN to predict all possible values, and other re-scores or filter-outs the values, like a manager, would.

Now we Update the Memory/Context/Cell-State by multiplicative operation of output from Tanh and sigmoid gate. 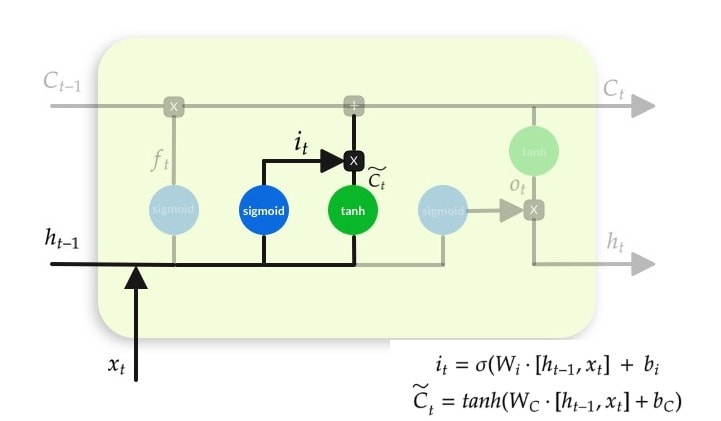 How it is in Pytorch

Lets now understand how it is being done in pytorch torch.nn.LSTM function. In order to be initialized, LSTM class needs two important parameters during initialization.

A simple LSTM class definition will look like as follows. Salient points of this network architecture are: 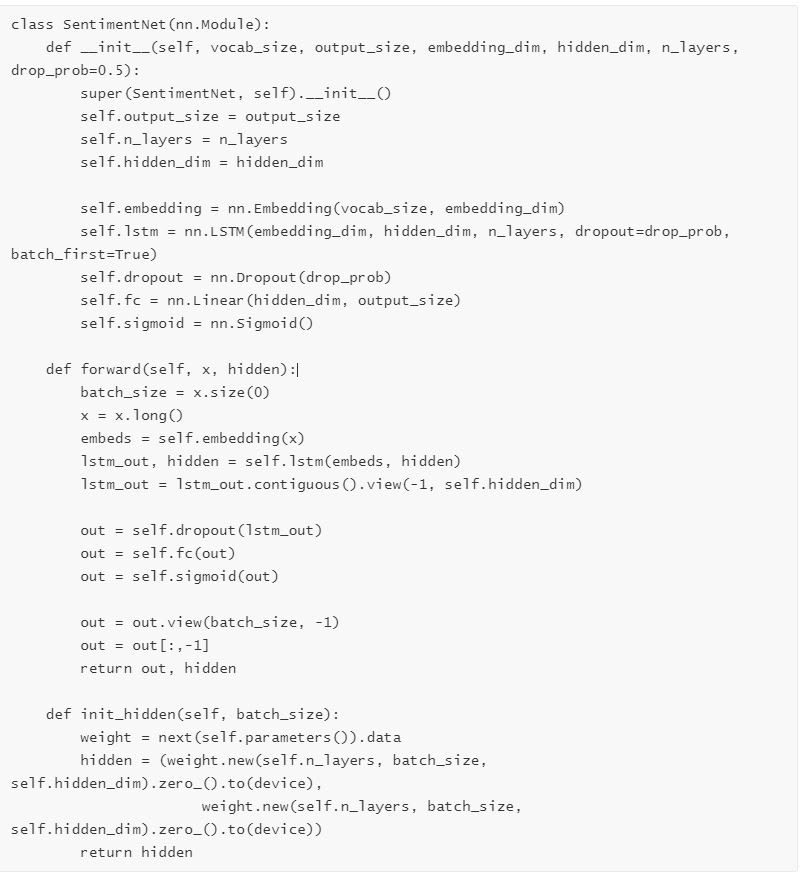 So in a nutshell LSTM helps us with

Bidirectional is a Boolean input into torch.nn.LSTM which forced LSTM network to train with original input and reversed input. Output of two networks are then concatenated at each time step. This helps to achieve better accuracy as network context becomes richer. But it can’t be used in situations where a sequence model is used for inference (Ex: Machine translation).

Sample Use Case: Sentiment analysis task where a model is trying to classify sentences as positive or negative. Bidirectional models can effectively “look forward” in the sentence to see if “future” tokens may influence the current decision. 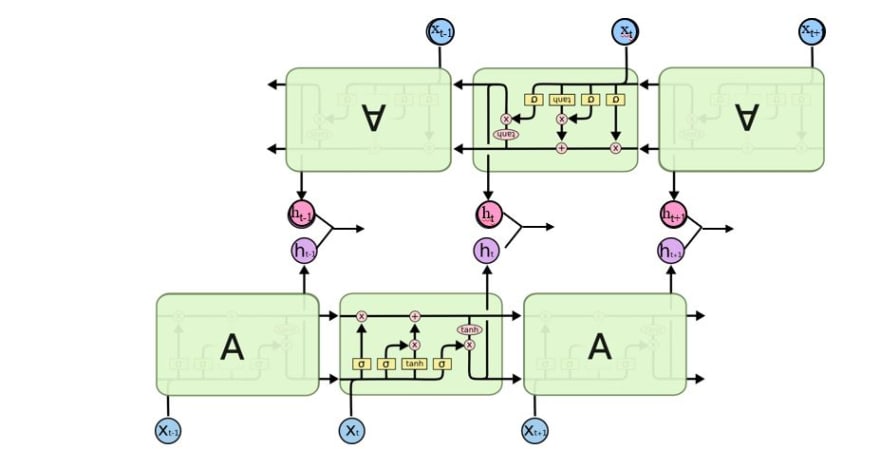 It is variant of LSTM and no of parameter is less than LSTM. So it trains faster. GRU allows it to adaptively capture dependencies from large sequences of data without discarding information from earlier parts of the sequence. This is achieved through its gating units, similar to the ones in LSTMs. 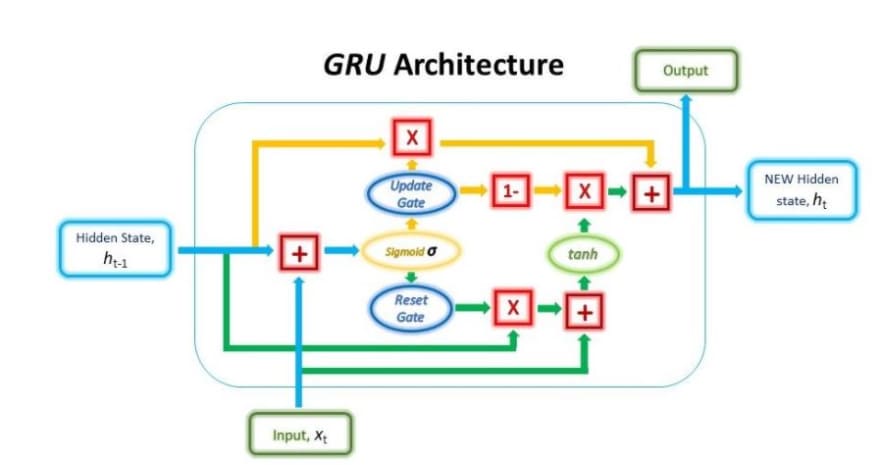 LSTMs have two different states passed between the cells — the cell state and hidden state, which carry the long and short-term memory, respectively — GRUs only have one hidden state transferred between time steps. This hidden state is able to hold both the long-term and short-term dependencies at the same time due to the gating mechanisms and computations that the hidden state and input data go through. This helps to train GRU faster as number of parameter is less.

A potential issue with this encoder–decoder approach is that a neural network needs to be able to compress all the necessary information of a source sentence into a fixed-length vector. This may make it difficult for the neural network to cope with long sentences, especially those that are longer than the sentences in the training corpus. 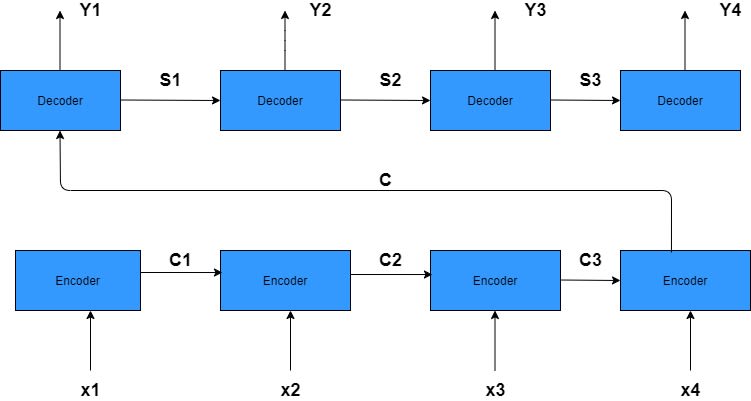 The basic idea: each time the model predicts an output word, it only uses parts of an input where the most relevant information is concentrated instead of an entire sentence. In other words, it only pays attention to some input words. Encoder can not be a bidirectional LSTM.

In a nutshell, attention in deep learning can be broadly interpreted as a vector of importance weights: in order to predict or infer one element, such as a pixel in an image or a word in a sentence, we estimate using the attention vector how strongly it is correlated with (or “attends to” as we may have read in many papers) other elements and take the sum of their values weighted by the attention vector as the approximation of the target.

Why it works better compare to LSTM/GRU?

The attention mechanism developed to help memorize long source sentences in neural machine translation. Rather than building a single context vector out of the encoder’s last hidden state, the secret sauce invented by attention is to create shortcuts between the context vector and the entire source input. The weights of these shortcut connections are customizable for each output element. 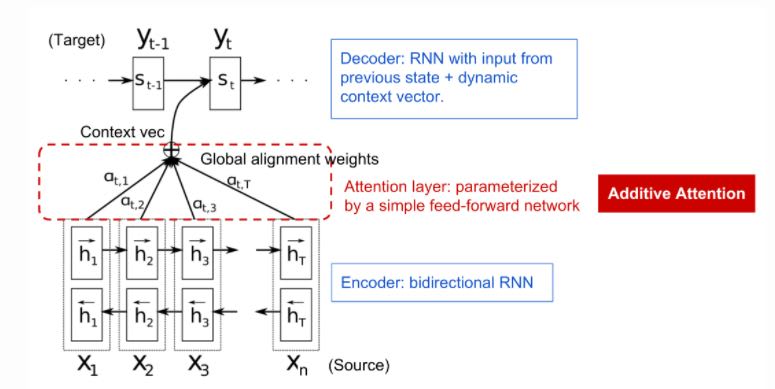 Credit goes to Fernando López and Rohan Shravan for their outstanding blogs and lecture notes.